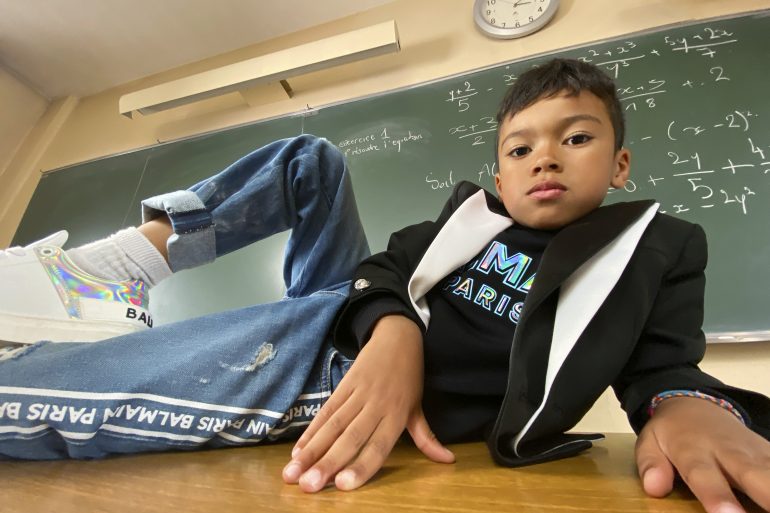 During last Paris Fashion Week, Olivier Rousteing’s energetic fashion show echoed the sounds, spirit and distinctive styles of his youth. But that this wasn’t just a nostalgic exercise by Balmain’s creative director was clear to everyone. Rousteing’s goal was to emphasize the extraordinary power of transformation that pop culture in the late 1990s and early 2000s had offered him, highlighting that singular end-of-century moment, when new types of icons gave a new direction to all those that followed, making possible the dream of future success without compromising on origins or impersonating roles that are tired.

The new items from the Balmain Kids collection embody the same unique and intoxicating spirit, ensuring the high standards of Rousteing’s renowned catwalks. A multitude of styles recall the striking brightly colored garments, with trousers, sweaters and colorful jackets that mix the House’s iconic silhouettes with flashy shades, multi-color logos and color-blocking.

In perfect contrast, other garments play on Rousteing’s specialty: the contrast of eye-catching graphics and sharp cuts. The brand’s couture heritage is ubiquitous, through clever tailoring techniques, jacquard motifs and one-of-a-kind decorations, which show that although Balmain adores monochrome, its style is never monotonous.

Rousteing is known for being one of Balmain’s best clients, as his team’s design is an integral part of his life, while at the same time creating his collections through styles inspired by what he and his Parisian friends wear for everyday life. This dynamic is clear in the designer’s latest Pre-Fall men’s collection. The shades of black, grey and neutrals are the master in the oversized and slouchy style of Rousteing, with heavy braided patterns paired with fake furs, animal prints and military inspirations adored by the designer. As Balmain’s men’s garments are quickly adapted to the female component of the Balmain Army, it is obvious that many of the models in the Balmain Kids collection are inspired by the male and become perfect for both boys and girls.

Rousteing’s dedication to fitness (the designer boxing and training every morning before going to work), is reflected in the style of the unisex graphics of the activewear of the Balmain Kids collection that, along with the mini-collection apres-ski perfect for this season, makes the garments suitable for every moment of the day even for the youngest members of the Balmain Army. 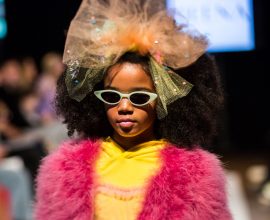 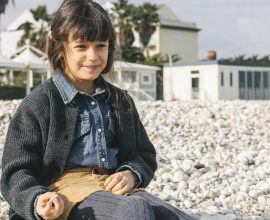 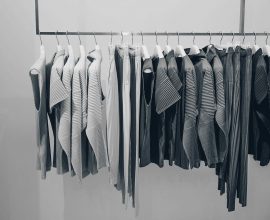 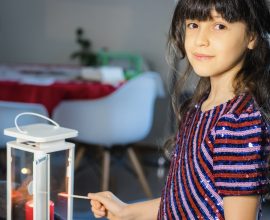