What to see in Turku in 24 hours: Museums, restaurants, hotels and relaxation…

If they call it the Paris of Finland there is a reason!

Turku, Finnish capital during Swedish domination, has Paris’s sparkling atmosphere, certainly less composed than other Finnish cities. It is young, thanks to the many students attending the university, dynamic, crossed by the river Aurajoki that, just like the Seine, marks the rhythm of bars, restaurants, cruises and nightlife.

Turku has left a special place in our heart, perhaps a little nostalgia because it was the last stage of BlogTour dedicated to Finland, perhaps because we could not devote to this beautiful city the time we wanted. And that surely it would have deserved.

What to see in Turku in 24 hours: a tour in the Finnish Paris

Turku has so much to visit and a 24-hour stop obliges the traveler to make choices: either the city or the archipelago. We have chosen the city, because we have estimated that, despite the beautiful island of Ruissalo is located near the urban area, it is worth a trip dedicated only to the archipelago, also by ferry to the Åland Islands and even eventually to Sweden…

So our 24 hours in Turku were dedicated only to the beautiful and vibrant city, which really gave us wonderful views, total relaxation and a museum suitable for adults and kids. You can avoid the stop at Kauppatori, the Market Square (which exists in every Finnish city), because it does not deserve nor architecturally (it is a hodgepodge of styles, mainly modern but at all captivating) nor from the culinary or shopping point of view. The beauty of Turku is spread over the riverfront, the harbor, the museums and its many green areas!

The centre of Turku develops along the banks of the Aurajoki river to the port: you can visit it pleasantly and easily, even with small children in the stroller.

The visit to Turku Castle (Turun Linna) is inevitable, close to the ferry terminal, one of the best preserved and oldest castles in Scandinavia, which over the centuries has survived bombing, fire and war. It has also been a prison for many years and it is said that a ghost wanders in its rooms… will it be true?

The museum Aboa Vetus & Ars Nova shows how ancient and modern can coexist in the same place: while the underground of the museum building is the Aboa vetus (medieval Turku) with the archaeological museum that includes the excavation of a settlement dating back to the XIV century, on the first floor is Ars Nova, the Museum of Contemporary Art. Both museums are perfect to visit with children, especially Aboa Vetus, where kids will find many games to understand the life of the time and even small characters in wood and houses.

The Cathedral of Turku whose bell tower has become the symbol of the city, is well worth a stop, surrounded by various green areas along the river, where in summer there are many students sunbathing, chatting, picnics. You breathe a fresh, young, serene, relaxing air. Interesting (and reachable with a walk) also the synagogue of Turku, built in 1912 Art Nouveau style, the Qwensel house, which houses the Museum of Pharmacy, the Museum of the composer Sibelius, the art Museum of Wäinö Aaltonen, the observatory of Tuorla.

Where to stay in Turku: Radisson Blu Marina Palace Hotel

To live and visit Turku in the best way, it is absolutely recommendable to stay in the city centre so that you can easily walk. Radisson Blu Marina Palace Hotel is a perfect solution: an enviable location, excellent architecture, the perfect attention of the Radisson Group hotels. In particular, Radisson Blu Marina Palace Hotel has been published in various American architecture magazines since 1974 and soon became a privileged accommodation for business travellers and celebrities. All Finnish presidents have stayed at this wonderful hotel, which also hosted King Charles XVI Gustav and Queen Silvia of Sweden, French President François Mitterrand, Queen Beatrix of the Netherlands as well as international music stars such as Mireille Mathieu, Tom Jones and Bruce Springsteen. Even the Finnish soprano Karita Mattila often attends the hotel.

Radisson Blu Marina Palace Hotel is not only for VIP: families and especially children are really welcome!

At check-in every child is invited to open a mysterious chest… and choose the gift he wants! I would say that with this nice surprise Radisson Blu Marina Palace Hotel has conquered kids and adults! And it does not end here: You will also receive a welcome kit for children that includes colors, books and a welcome drink at the bar.

184 rooms, beautifully decorated in Scandinavian style, offer guests a personalized and comfortable experience with a touch of luxury. The river or city view guarantees a real relaxation, thanks also to the Blue Dreams philosophy developed by Radisson Blu hotels in all hotels in Finland. The sumptuous Magic beds are smart and detect body temperature to fit your body perfectly. There is also a wide selection of pillows and duvets for every need.

At the Radisson Blu Marina Palace Hotel, they know that breakfast gives you a burst of energy that serves to face a long day, whether it be for sightseeing or working meetings. The Super Breakfast® is a really opulent breakfast buffet: I’m not talking about the calories, but the variety of choice and the excellent quality of the fresh products, which include local and hotel specialties. But if you’re in a hurry and don’t want to include Super Breakfast®, there’s a free Grab and Run meal with fruit, energy bars and drinks.

For those who want to stay active also on holidays, the fitness area is not only equipped with machines and tools but allows travelers to practice virtually in famous destinations around the world. Combined with images of destinations, digital pathways offer new types of fitness experiences. Also, you can borrow bicycles and walking sticks from the reception. After physical activity, you can relax in the Finnish sauna, in full nordic style.

If you’re hungry… you can also try the Grill it! Marina  restaurant, which offers a mix of traditional barbecue and first-class ingredients. The secret ingredient of the restaurant is the Josper coal, which infers a genuine smoked taste of the barbecue to high quality meat cuts. The menu brings together the pure Scandinavian flavors with the tastes of the whole world, and the warm and cozy environment, combined with the unique music, creates a perfect backdrop to enjoy a culinary journey into the world of good wine and meals-and admire the wonderful view on the banks of the river.

Transport? It’s very convenient not only because in the center of Turku! Radisson Blu Marina Palace is only a 15-minute walk from the bus and train station, while Turku Airport is just 9 kilometres away. 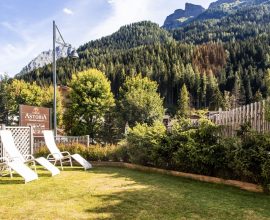 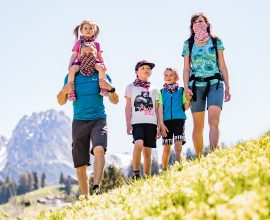